Today humankind is facing one of the worst pandemic situations in history. As COVID-19 or coronavirus is progressing heavily everywhere people left no stone unturned in criticizing China. Where the old practice of Chinese people as viewing everything as a delicacy has created this situation. However Bats are not the only weird thing that Chinese people eat. Today we have accumulated a list of 10 of the weirdest food items eaten by Chinese people. 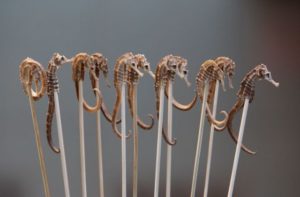 Most people like these cute little sea creatures but not the Chinese they eat them for various reasons. In China, they deep fry these seahorses and put them on skewers for sale. They are considered a delicacy because seahorses are rare to find. You must be careful when consuming seahorse though because they have sharp pieces that can get caught in your gums or teeth. The Chinese also believe there are great benefits to eating seahorse. One Chinese proverb says that eating seahorse can keep an 80-year-old grandad young. Many locals use it as an ancient Chinese medication for energy and to boost sexual performance. 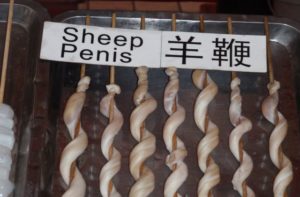 Yes, you heard that right Chinese and their love for eating animals sex organs is not only limited to sheep penis but restaurants over their also serve dog, bull and Yak penis and testicles. The locals enjoy the flavor of the dish, but they also believe it is good for one’s health. Many of the customers at the restaurant are males looking to increase potency and sexual prowess. 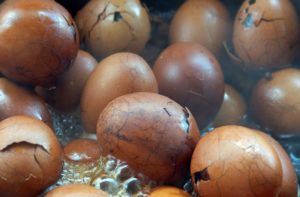 Eggs are a staple of nearly every culture. They are delicious, versatile, and full of protein. However, in China, one of their delicacies has a little more: urine. Virgin boy eggs are a delicacy in Dongyang. Each year in the spring, eggs are boiled in the urine of young virgin boys, usually aged ten and under. During the springtime pee-fling, urine is collected from nearly every boy under ten. Buckets are placed in elementary schools across the city, where the boys’ urine is collected. Many people even carry around empty bottles while out in the city to retrieve urine from boys if their parents are willing to allow them to collect it. The boys must be in good health and not be suffering from any illness due to concerns for food safety. 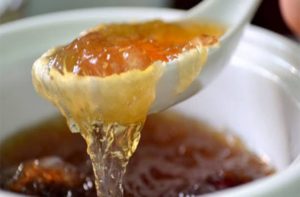 A Chinese delicacy made using the nests of a small Chinese bird, the swiftlet. The bird makes its nest from its own saliva, which hardens when exposed to air. Chicken broth is added to the saliva to make this soup. Like many things in China, it’s famed for its health benefits. The texture of the nest is soft like jelly, but it doesn’t have much taste. The taste is not what keeps locals coming back each day for this soup, but it is the benefits that attract the Chinese. If the soup is consumed regularly, it is believed to help maintain youth and promote a healthy life and a strong body. 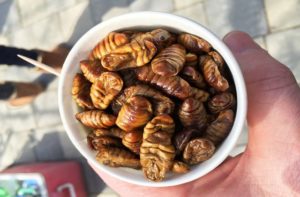 In China, silkworms are one of those insects, and they are enjoyed by the locals. Silkworm pupae remaining after their fibrous cocoons have been harvested are used in several different ways for consumption. The boiled or steamed snack food is served in paper cups with toothpick skewers. Canned beondegi can also be found in grocery stores. Not only are silkworm pupae increasingly popular in China, but they can also be purchased online and shipped to your doorstep. They are recommended to be paired with a glass of white wine. 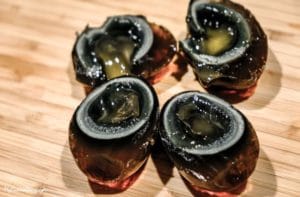 Duck eggs coated with lime, ashes, and mud, soaked in brine for 100 days until the yolk turns green and the whites become gelatinous and dark brown. The eggs have a creamy cheese flavor with a strong smell. Sound inviting? Only 3 left to complete this list of bizarre foods to eat in China. 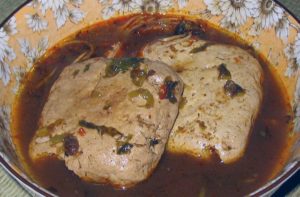 This food item made on this list, not because of its looks or taste but the way it smells. It’s the name that turns most people off, even before they wonder what it might taste like. It’s fermented tofu that has a very potent smell. You definitely smell it half a block before you see it. The traditional dish is tofu fermented in a mixture of milk and a vegetable, meat, and fish-based brine, or a combination of these ingredients. It is usually deep-fried in vegetable oil and served with chili and soy sauce and served in small squares skewered together and served on a plate. 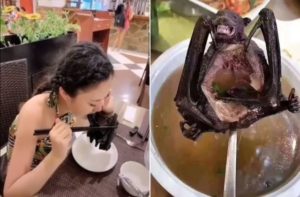 The only flying mammal in the world that is believed to have created a pandemic in the world is actually a delicacy in China. Drop live into a pot of boiling water or milk. Roast to desired doneness. Chop and make into a paste with Thai herbs and spices. Or when you have an abundance of fruit bats, try this optional Fruit Bat Soup recipe. Bats are part of the native cuisine in Thailand, parts of China, Guam and more, but they are considered notorious disease carriers. You might want to consider dropping them to the bottom of your culinary To-Try list. 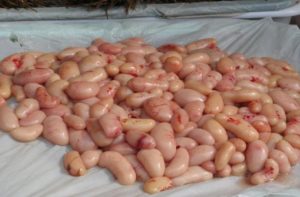 Chicken testicles seem to show up on many menus in Hong Kong. The testicles themselves look much like large white beans which are boiled or fried whole with a soft squishy inside. They’re served in a broth with your choice of rice or noodles. Nothing like a bowl of testicles for dinner! 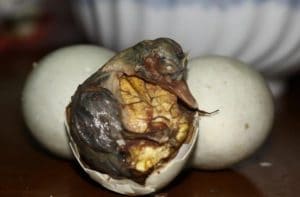 Balut is fairly common and unassuming street food available in China. It has also earned a widespread reputation as one of the all-time grossest ethnic delicacies. Most of the eggs with which Americans are familiar are unfertilized eggs. The balut, though are fertilized duck eggs, incubated or allowed to grow invitro for a certain length of time, usually a few weeks. Peel back the shell and along with a typical soft-boiled eggy interior is also the small inert body of a fetal duck—small bones, feathers, beak and all, some more developed than others. Most accounts suggest slurping it right from the shell with a pinch of salt. Which food item in this list do you think is the grossest, tell us in the comment section below.