Animals are the real superheroes with real superpowers. Every animal has a defensive mechanism that it uses to either kill its prey or to defend itself. We all have heard about how animals can sense an upcoming natural disaster. But some animals have much cooler superpowers which put them on our top 10 list of 10 animals with amazing superpowers. 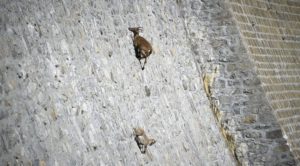 Alpine Ibex are big mountain goats that live among the peaks in the European Alps where predators cannot reach. Like many herbivores, the Alpine Ibex lacks salt and other essential minerals in their diet which they can’t get from grass. Dam walls are another precious source of salts and minerals. The Cingino Dam in northern Italy, not far from the Swiss border, is one place where you can observe the Alpine Ibex’s gravity-defying stunts—but it’s not the only place. This behavior has also been observed at the Barbellino dam in Lombardy, and Lago Della Rossa dam in Valli di Lanzo, Piemonte. 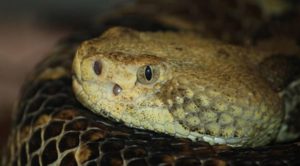 Vipers, pythons, and boas have holes on their faces called pit organs, which contain a membrane that can detect infrared radiation from warm bodies up to one metre away. At night, the pit organs allow snakes to ‘see’ an image of their predator or prey — as an infrared camera does — giving them a unique extra sense. 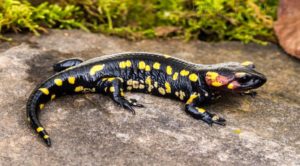 Salamanders can regrow entire limbs and regenerate parts of major organs, an ability that relies on their immune systems, research now shows. A study of the axolotl (Ambystoma mexicanum), an aquatic salamander, reveals that immune cells called macrophages are critical in the early stages of regenerating lost limbs. 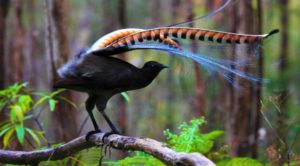 The lyrebird is capable of imitating almost any sound and they have been recorded mimicking human sounds such as a mill whistle, a cross-cut saw, chainsaws,[9] car engines and car alarms, fire alarms, rifle-shots, camera shutters, dogs barking, crying babies, music, mobile phone ring tones, and even the human voice. However, while the mimicry of human noises is widely reported, the extent to which it happens is exaggerated and the phenomenon is unusual. 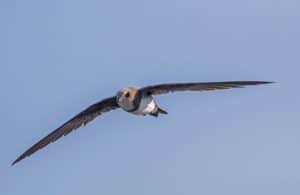 The common swift stays constantly airborne for up to ten months at a time, new research reveals. The bird, ubiquitous in the UK and Europe, conserves energy by riding currents of hot air and taking “power naps” as it slowly glides from high altitudes. 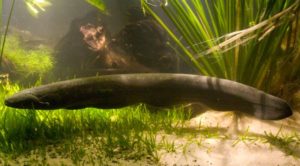 In the electric eel, some 5,000 to 6,000 stacked electroplaques can make a shock up to 860 volts and up to 1 ampere of current. Although there are few documented instances of people dying from an electric eel’s shock, it could happen. A single jolt could incapacitate a person long enough to cause him or her to drown, even in shallow water. 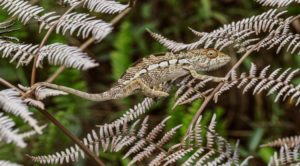 Camouflage, also called cryptic coloration, is a defense or tactic that organisms use to disguise their appearance, usually to blend in with their surroundings. Organisms use camouflage to mask their location, identity, and movement. This allows prey to avoid predators, and for predators to sneak up on prey. chameleons and geckos, are able to rapidly change color in a matter of seconds or minutes to better match their background environment and avoid being spotted by approaching predators. The Mimic Octopus (Thaumoctopus mimicus) has a unique way of camouflaging. Rather than blending in with the seafloor, it changes its skin color and how it moves its tentacles to take on the shape of other sea creatures. 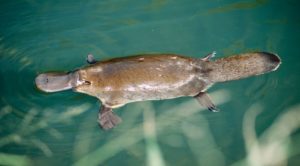 Platypus have an incredible sense of electroreception that is similar to the sixth sense of sharks. They use electroreceptors within the skin of their bills to detect the electrical field that gets generated when their prey contracts its muscles 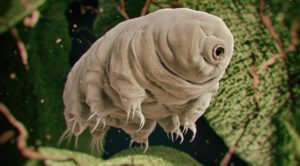 Tardigrades also known as Water bears are seemingly as indestructible as tiny they are. They’ve been known to survive in extreme temperatures, though there are limits. (We’ll get to that in a minute.) They shrug off extreme doses of radiation and laugh in the face of the silent vacuum of space itself. 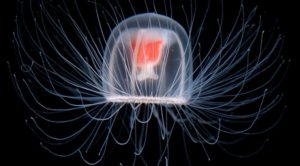 The Turritopsis dohrnii , called the immortal jellyfish , upon becoming adults , reproduce and don’t die but transform themselves back into their juvenile polyp state. Their tentacles retract, their bodies shrink, and they sink to the ocean floor and start the cycle all over again. So which superpower you wish had… Tell us in the comment section below.