10 Most Difficult Musical Instruments to Learn 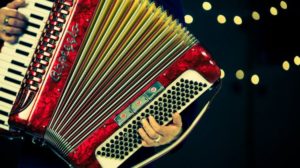 DescriptionAccordions are a family of box-shaped musical instruments of the bellows-driven free-reed aerophone type, colloquially referred to as a squeezebox. A person who plays the accordion is called an accordionist. What makes it difficult to learn to play this instrument is the prerequisite required to do so. You will have to work extra hard to have your hands working independently and at the same time work on the bellows to supply air. The most challenging task is using bellows. 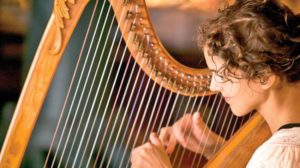 The harp is a stringed musical instrument that has a number of individual strings running at an angle to its soundboard; the strings are plucked with the fingers. What makes this multi-stringed musical instrument hard to play is the difficulty in positioning your hands and fingers. Also, mastering pedals necessary in sharpening or flattening notes makes it even more difficult to learn to play this instrument. 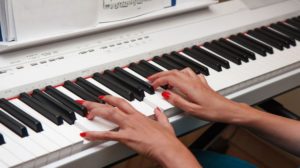 Piano, also called pianoforte, French piano or pianoforte, German Klavier, a keyboard musical instrument having wire strings that sound when struck by felt-covered hammers operated from a keyboard. The standard modern piano contains 88 keys and has a compass of seven full octaves plus a few keys. As it requires both hands in proper coordination, beginners find it difficult. Imagine using both hands at once, and that too not in the same rhythm. Voicing and touch are also the reason for making the piano a delicate instrument to play. 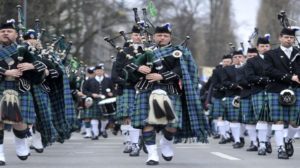 Bagpipes are a woodwind instrument using enclosed reeds fed from a constant reservoir of air in the form of a bag. Basically, the strength required to play the instrument makes it difficult and not the complexity in this case. As it takes a fair amount of wind to play bagpipe, beginners often get frustrated due to their inability to produce any sound for more than a few minutes. Hence, right breathing is the need, and probably the most difficult element in learning the bagpipe. 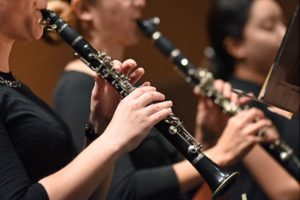 A musician who plays the oboe is called an oboist. Today, the oboe is commonly used as an orchestral or solo instrument in concert bands, orchestras, chamber music, film music, some genres of folk music, and is occasionally heard in jazz, rock, pop, and popular music. It is tough to go from high to low notes or to do the exact opposite of that. The oboist has to keep the reed moist otherwise it stops producing any sound except some annoying squeaks. So, random fingering, crucial sharp keys, and some constant breath changes make the instrument tough to play. Unlike other beginner instrumentalists, beginner oboists have to develop thick skin. 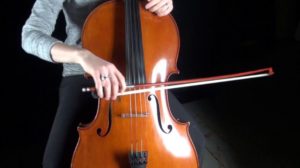 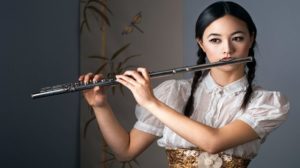 The flute is a family of musical instruments in the woodwind group. Unlike woodwind instruments with reeds, a flute is an aerophone or reedless wind instrument that produces its sound from the flow of air across an opening. The Difficulty and Hardness of Learning Flute Learning the flute is not difficult, but it can be if you do not maintain your focus or dedicate the right amount of time to practicing what you learn. The challenges that you will face in the process will not only be technical, but physical as well. 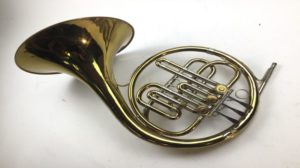 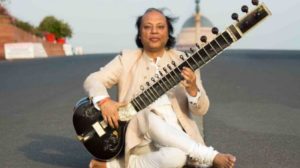 The sitar is a plucked stringed instrument, originating from the Indian subcontinent, used in Hindustani classical music. The Sitar generally, has a high threshold of learning before it can be played satisfactorily. You have to be prepared to spend a lot of time practicing and the music is held to a high standard. The sitar has different strings for different tunes, as well as harp-like “drone strings” that are not meant to be fretted, and tuning and even knowing the theory of the instrument is tough. 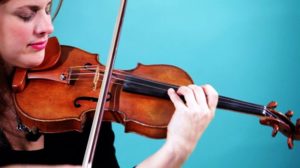 The violin, sometimes known as a fiddle, is a wooden string instrument in the violin family. This musical instrument requires precision to produce the proper tone. The violin requires you to be very precise. It will also require maximum concentration from you. You will require daily practice to master this sophisticated string instrument. Most of the professionals you see on stage have probably been playing since childhood. The pressure of the bow position on the strings, when not proper may destroy the tone, hence requiring precision and concentration the most! So which musical instrument do you think is the hardest to learn. Tell us in the Comment section below,