Humans have destroyed this planet in many different ways. But it has killed animals to the extent until they were endangered and their population hit a critical low. But there are good people in this world also who helped these animals from getting extinct. Either by special breeding programs or my making more strict laws humans have also saved many species from extinction. Earlier we made a list of 10 Animal Species that are going extinct. Today we have made a top 10 list of 10 animal species who were saved from extinction. 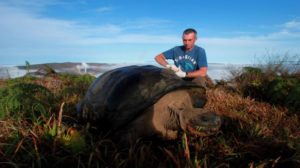 The galápagos giant tortoise is the largest living species of tortoise. With weight reaching up to 418 kg. They were Hunted as food by pirates, whalers, and merchantmen during the 17th, 18th, and 19th centuries when more than 200,000 of these giant tortoises were killed. Reducing their population to just 3000. But thanks to the breeding efforts and less deforestation in previous years, Their population is currently estimated at 20,000 individuals. 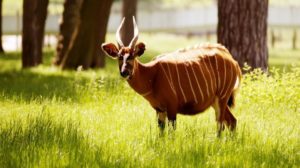 Eastern bongos live in the mountainous areas of Africa, such as Mount Kenya and the Aberdares. Once it was one of the last large mammal species to be discovered in the region. But sadly poaching and loss of habitat reduced its population to shockingly low numbers. With only 140 individuals left outside of captivity, special breeding programs were put into place to try and return the mountain bongo out of the extinction. Currently, around 420 eastern bongos are living in zoos across the world. 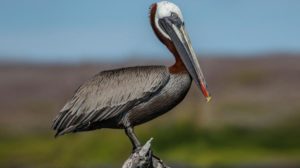 The brown pelican is a North American bird of the pelican family Pelecanidae. The brown pelican can be found on the Atlantic, Pacific and Gulf Coasts. Two times these birds were driven to the extinction. Firstly by hunting and then by pesticides including DDT. In 1972, DDT was banned in the United States and this helped in increasing the population of Brown Pelican. Once on the brink of extinction, about 500,000 brown pelicans are living in North and South America. 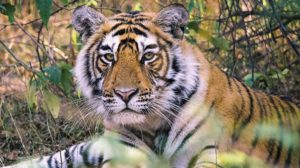 Tigers play an important part in the food chain, and if these animals went extinct then we’ll be facing problems we may have never seen. India is home to 70 per cent of tigers in the world. According to a report, there were more than 100,000 tigers in India. But due to massive hunting by Britishers and many maharajas, their population decreased to 1411. Various tiger reserves were opened by the Government of India. There are 50 tiger reserves in India which are governed by Project Tiger and is administrated by the National Tiger Conservation Authority (NTCA). In 2006, there were 1,411 tigers which increased to 2967 in 2018. 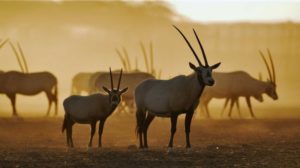 The Arabian oryx or white oryx is a medium-sized antelope, native to desert and steppe areas of the Arabian Peninsula. Thanks to the excessive hunting the animals were listed as extinct in the wild in the 1970s. However, from just a handful of animals in captivity, the species was brought back from the brink of extinction. The Phoenix zoo and the Fauna and Flora Preservation Society of London began a project together named operation Oryx. There are now over 1,000 of these magnificent animals back in the wild and thousands more looked after by zoos worldwide. 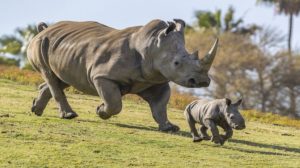 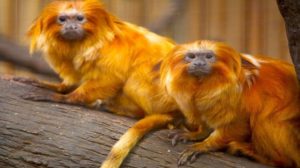 Native to the Atlantic coastal forests of Brazil, the golden lion tamarin is an endangered species. Logging, Mining and Poaching put this beautiful creature on the brink of extinction. Their population dropped to only 200 individuals by 1981. Thanks to positive human interaction, that number has increased to 3,200. 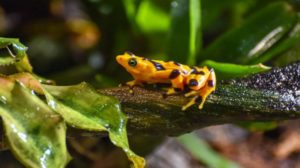 The Panamanian golden frog is a species of toad endemic to Panama. This beautiful little Golden Frog is also incredibly poisonous. This might be the only animal in this list who’s wild extinction is not caused by the humans, but by a disease. Chytridiomycosis, also known as amphibian chytrid fungus disease, spread across South and Central America. As the Panamanian golden frogs started dying off in the wild in 2006, conservationists began scooping them up and placing them into specially designed breeding programs. Since then there are no wild Panamanian Golden Frogs left in the wild. 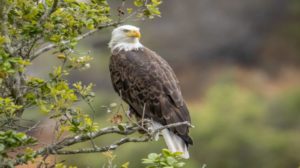 Every American will recognise this bird as the national bird of the United States. But what they don’t know is that their national bird was once going to extinct. Due to extreme hunting of the bird, its population declined from 500,000 to only 412. After making the Endangered Species List in 1967, bald eagle hunting bans were put in place across North America. The population has since grown to close to 70,000 in the contiguous United States alone. 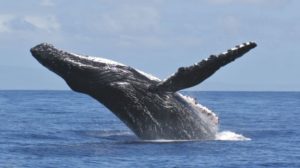 The largest species on the earth is facing the threat of extinction. Like most whale species, the humpback whale was nearly hunted to extinction via the whaling industry. Because of hunting and poaching, more than 90 per cent of humpback whales were killed. Therefore in 1966, a law was passed worldwide banning hunting of whales. Due to these bans and busting of poachers the whale population, today stands at 80000 and is out of the endangered species list.