We have been wanting to explore the universe since we have discovered the telescope or launched a sattelite into space. Where we all are competing with each others to go the planets where no one has gone before. But there are many chances of failures in these costly space missions where even a slightest of mistake can destroy the whole missions taking Human lifes and costing millions of dollars. lets look at the 10 the most expensive space failures . $78 Million
In 2003, the Japan Aerospace Exploration Agency (JAXA) had Mitsubishi Heavy Industries, LTD operate an H-IIA liquid fueled rocket to launch a spy satellite into orbit. This Japanese spy satellite was intended to monitor North Korea, the rocket malfunctioned at take-off and had to be destroyed. $170 Million
A Russian Zenit-2SB rocket containing the Phobos-Grunt (translated to Phobos-Ground) Mars rover launched into orbit and experienced problems with one of its burners. This particular rocket burner was to set the rocket on course after entering low Earth orbit, the craft eventually fell back towards Earth and got stuck in orbit until it fell crashing into the Pacific Ocean near Chile in early 2012. $125 Million
NASA launched the Mars Climate Orbiter in December of 1998, to study climate, atmosphere and surface changes on Mars. Nearly a year into its mission to Mars, the Mars Climate Orbiter was lost in space after entering into orbital insertion. The problem occurred with the computer software when Lockheed Martin and NASA used two different output units; Pounds per Second versus Newtons per Second. $385 Million
In 2009, the (South) Korean Aerospace Research Institute attempted to launch its first ever satellite rocket. The Naro-1 was to be blasted out into space from the Naro Space Center (Naro island in Goheung) near Seoul. The South Koreans got their first experiences with rockets when the United States provided defense missiles to help counter-defend against the North Koreans. Despite a decade of experience, the Naro-1’s maiden flight and second attempt failed to reach orbit. A miscalculation in the rocket’s weight prohibited the needed thrust. In the end, their third attempt was a success and the South Koreans entered space! The KySat-1 satellite was a Kentucky Space operated satellite which would have provided children in school with the ability to upload and download data, as well as control the camera aboard the satellite to take pictures and send back down to Earth. The rocket and the spacecraft, which also included the Hermes and Explorer-1 (two of NASAs satellites), failed to separate from one another and carried too much weight to enter orbit. After three minutes it eventually crashed in the southern part of the Pacific Ocean near the Antarctic.

$98.5 Million
The Orbiting Astronomical Observatory (OAO) satellites were a series of 4 satellites being launched by NASA between 1966 and 1972. The objective of these satellites were to take high resolution images of objects in space in ultraviolet light waves. The OAO satellites were not a huge success. The OAO-1 satellite made it into orbit but had a power failure. The OAO-2 satellite was a success and provided a lot of information about comets and hydrogen. The OAO-B booster rocket failed to separate and burned up along with the 38 inch ultraviolet telescope it was carrying upon re-entry. The OAO-3 was the most successful of the satellites and operated until 1981 and took x-ray images of countless stars. $670 Million
The Russians had a miserable year in 1973, with multiple failures in their space program and massive financial setbacks. The Salyut Space Station program was a series of components sent up into space to house 4 scientists and 2 military personnel. The $500 million Salyut 2 (OPS-1) was launched in April of 1973 and would have been the first military space station had it not lost pressure two days after launch and eventually been destroyed. Earlier that same year, the Russians launched their $100 million Lunokhod 2, an unmanned rover sent to the Moon to take high resolution images and relay photos and data back to Earth. In Mid-May it was speculated that the mission had failed due to dust entering the radiator. Lastly, the photon rocket that launched the Salyut was estimated to have cost nearly $70 million dollars for a combined total of $670 million dollars the Soviets ate that year. $5.5 Billion
One of the saddest moments in the history of the world’s space initiatives was the loss of NASA’s Space Shuttle, the Challenger. In 1986, on its 10th launch, the space shuttle blew up in mid-air 73 seconds after it took off. All seven crew members were killed, this event caused a 2.5 year “grounding” of the space program. The Challenger was replaced by the Endeavour, which was made from the spare structural parts from the Discovery and the Atlantis when NASA ordered them. $13 Billion
The most expensive space failure was another one of NASA’s Space Shuttles; the Columbia. The Columbia first launched in April of 1981 and completed over 22 years of service, completing 27 missions and participating in countless spacelab missions, Hubble Space Telescope service missions and more. The Columbia was returning from its 28th mission on February 1, 2003 and disintegrated during re-entry, killing all seven crew members on board. The Columbia had spent over 300 days in space, traveled 125,204,911 miles and carried 160 total crew members. A hole was punctured in one of the Columbia’s carbon composite wings, the high temperatures of re-entry caused hot gasses to penetrate the interior of the wing and eventually a deadly explosion. 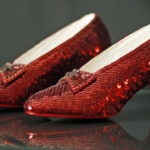 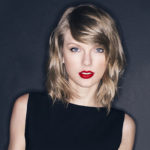