All the Great movies or TV shows in the history of cinema have one thing in common and that is the location. Some movies had beautiful landscapes while others were just made inside rooms and castles. There are also many locations on this list that have gained popularity after appearing in the show. These places have now become tourists hub and are making good money out of it. Today we will list some of the most famous places that are shown in popular TV series and movies. 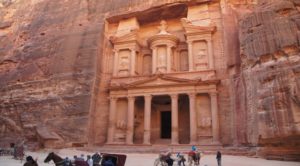 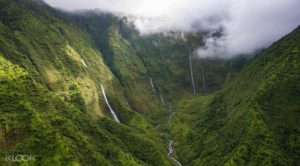 Steven Spielberg, filmed most of the “Jurassic Park” on the island of Kauai, and scenes featuring helicopter rides and waterfalls took place at the Manawaiopuna Falls in Hanapepe Valley. Dinosaurs might no longer roam the land, but visitors can take helicopter tours of the island to feel like a movie star in the making. 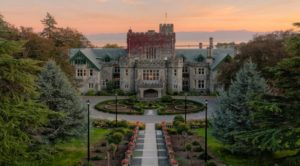 Hatley Park National Historic Site is located in Colwood, British Columbia, in Greater Victoria. The list of movies and television shows that have been filmed at Hatley Castle is long — “Smallville,” “Arrow,” “Poltergeist: The Legacy” and “MacGyver” are only a few. But Hatley Castle is best known as being home to Xavier’s School for Gifted Youngsters in the “X-Men” series. The castle can be seen in “X-Men 2,” “X-Men: The Last Stand” and, most recently, “Deadpool.” 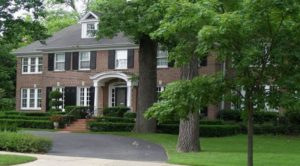 The house that Kevin McCallister so expertly defends from the Wet Bandits in John Hughes’ popular Christmas film “Home Alone” is located in the Chicago suburb of Winnetka. Tourists are still flocking to the “Home Alone” house nearly 30 years after the film’s release to recreate Kevin’s “shocked face” outside. 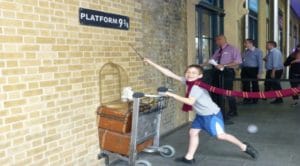 King’s Cross railway station, also known as London King’s Cross, is a passenger railway terminus in the London Borough of Camden, on the edge of Central London. Yes, you can take a picture pushing your trolley through Platform 9-and-3/4 at King’s Cross Station in London. There’s even a nearby Harry Potter Shop modeled to resemble Ollivanders Wands. 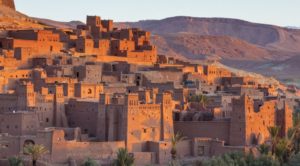 Aït Benhaddou is a village along the former caravan route between the Sahara and Marrakech in present-day Morocco. In-Game of Thrones Yunkai, also called the Yellow City, is one of the Slaver Cities on the eastern coast of Slaver’s Bay in central Essos. In the show Yunkai surrenders and gives in to Daenerys Targaryen’s demands, freeing all the slaves and allowing each of them whatever wealth they can carry from the Wise Masters. 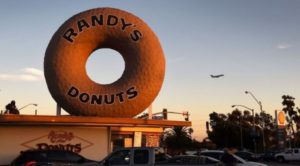 You know you have some of the best doughnuts in Los Angeles if Iron Man is willing to pay you a visit, and that’s exactly what happens in the film “Iron Man 2.” In one scene, Iron Man, clad in shades, enjoys a box of the famous doughnuts while relaxing in the restaurant’s giant doughnut signage. 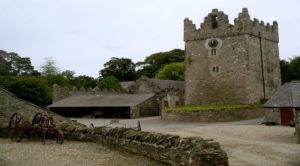 The seat of House Stark, Winterfell, has a unique charm of its own. The castle of Winterfell has held an important place since the beginning of the show. Located in Northern Ireland, near the village of Strangford, in County Down, this 18th-century property is open for the public. 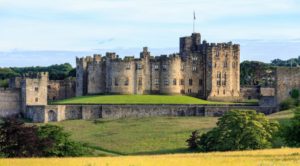 Located just south of the River Aln, Alnwick Castle is the seat of the 12th Duke of Northumberland, Lord Ralph George Algernon Percy, who manages Northumberland Estates, which owns land and property all over the place, including Alnwick Castle. Who would pass up a chance to go to Hogwarts? Alnwick Castle’s hallowed halls have set the scene for Harry Potter films. The breathtaking castle hosts over 800,000 visitors a year and has made serious money moves by leveraging their Harry Potter notoriety. 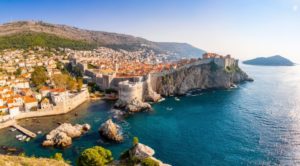 Dubrovnik is a city in southern Croatia fronting the Adriatic Sea. It’s known for its distinctive Old Town, encircled with massive stone walls completed in the 16th century. King’s Landing has always been an important location on Game of Thrones and has featured in all the seasons. Shot in Dubrovnik, Croatia, this city has become a tourist hub ever since GoT started using this picturesque location.