Top 10 Most Secure Places in the World

Most heavily guarded places on earth also holds the most confined secrets, and these secrets should be protected at any cost. Some of these places are built on the remotest parts of the earth to limit human interference. But what secrets these places hold that we don’t know of yet, but what we do know is that where they are located at. Top10unknown reads down ten of the most secured places on this planet. 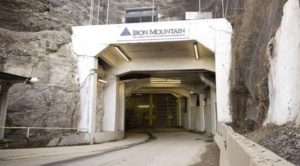 Iron Mountain Inc. is an American enterprise information management services company. Just a few miles from Pittsburgh lies the Iron Mountain Vault of Butler County. It’s a giant underground complex built in an abandoned limestone mine, and it hosts a truly mind-boggling amount of treasure. Within its confines, the truly powerful people and institutions store the things they want to keep really safe. The vault has its own five-engine fire department and 125 massive, well-protected vaults that are artificially cooled with 50-degree water from an underground lake. 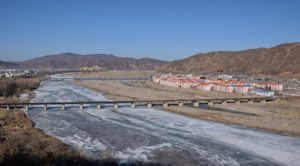 The Tumen River, also known as the Tuman River or Duman River, is a 521-kilometer long river that serves as part of the boundary between China, North Korea, and Russia. The reason for heightened security along the river is due to many North Koreans have been caught attempting to enter China through the river’s shallow waters. So if you were to swim across, you’d first go through a mile of North Korean waters, then a 300-foot channel of Chinese water, and then enter Russian waters. 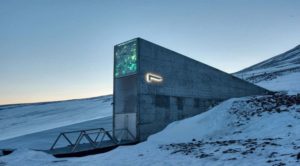 The Svalbard Global Seed Vault is a secure seed bank on the Norwegian island of Spitsbergen in the remote Arctic Svalbard archipelago. Have you ever wondered whether or not there is a fail-safe set in place should a worldwide famine or humanitarian disaster occur? If so, then thank your lucky stars for this vault. The purpose is to preserve spare samples of seeds for the purpose of growing food if the need arises. 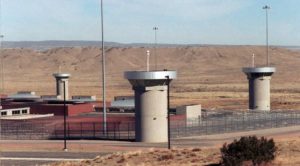 The United States Penitentiary, Administrative Maximum Facility is an American federal prison that provides a higher level of custody than a maximum-security prison. It’s the sort of place that is custom-designed to hold supervillains, and in a way, that’s exactly what it does. This is where the country stores the criminals it wants to completely and utterly cut away from the outside world, and its famous inmates are a truly mind-boggling parade of terrorists and maniacs. 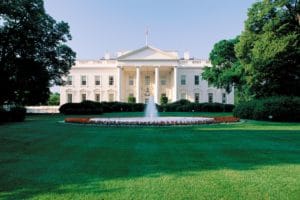 The White House is the official residence and workplace of the president of the United States. The President’s home remains one of the most heavily guarded buildings in the world. An iron fence surrounds the property which is fitted with bulletproof windows and a secret service detail devoted to protecting the First Family at all costs. 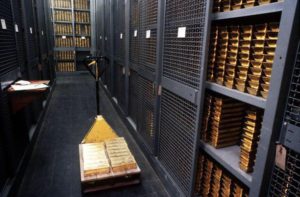 In the Swiss Alps, next to an old airstrip suitable for landing jets, is a vast bunker that holds what may be one of the world’s largest stashes of gold. Switzerland has a vault for everything. There are secretive alpine gold stashes where tiny metal doors leading into mountain tunnels once used by the military are protected by serious-looking men in bulletproof vests. Private asset management companies offer increasingly strange supervillain vaults under airports, and in hyper-secure deep-mountain locations (“access by helicopter or private plane”). There’s even a decommissioned military bunker where people can store their Bitcoins as personalized, physical cryptographic keys. 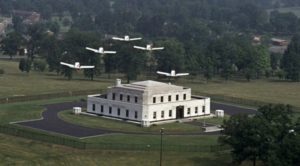 Fort Knox, also called “The Vault”, is a United States Army post in Kentucky, south of Louisville and north of Elizabethtown. Fort Knox is home to the US Depository. It not only stores thousands of tons of gold, but, it is said to house important historical documents as well, such as the Declaration of Independence and the Magna Carte. All of this is not only well guarded but also protected by a 22-ton blast door. 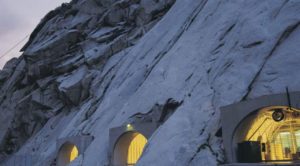 The Granite Mountain Records Vault (also known simply as The Vault) is a large archive and vault owned by The Church of Jesus Christ of Latter-day Saints (LDS Church) excavated 600 feet into the north side of Little Cottonwood Canyon. The largest collection of family history information in the world, which Utah Mormons have been gathering since the 1930s. We’re talking about 35 billion images of genealogical information, most of it contained on fragile material such as 2.4 million rolls of microfilm. 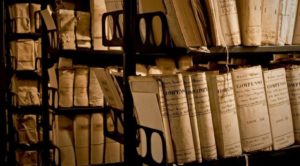 The Vatican Apostolic Archive, known until October 2019 as the Vatican Secret Archive, is the central repository in the Vatican City for all of the acts promulgated by the Holy See. This grandiose collection of some of the most interesting documents and artifacts not only contains 12 centuries’ worth of history — it contains the very things history was made with. The archives are not actually as secret as legend has it — “secretum” actually means “private” in Latin, Vatican’s language of choice. Still, a private archive in the most heavily fortified part of the Vatican doesn’t exactly seem like open door policy, especially since its indexes are not public and even dedicated scholars can’t reach them until they’re 75 years old. 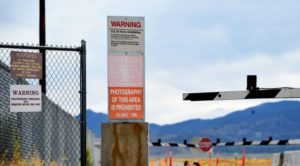 Area 51 is the common name of a highly classified United States Air Force facility located within the Nevada Test and Training Range.This top secret air force base in nevada is guarded so well that no one can get in, and even flying over it is forbidden. It’s the home of anything pertaining to UFOs and alien conspiracies. Motion-triggered sensors surround the perimeter, patrols of armed guards are constantly surveying the grounds and protecting it from outsiders.