Military technology in the world is growing at a rapid pace. Militaries and private companies are developing super futuristic technology intended to make troops fly run faster and to protect them on the battlefield. But there’s more than that, there are thousands of technologies in the world that we can’t even imagine exists. Today we have made a list of 10 such military warfare technologies. 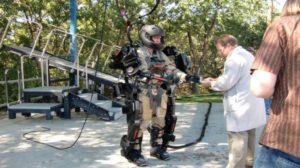 A powered exoskeleton (also known as power armor) is a wearable mobile machine that is powered by a system of electric motors, pneumatics, levers, hydraulics, or a combination of technologies that allow for limb movement with increased strength and endurance. Its design aims to provide back support, sense the user’s motion, and send a signal to motors which manage the gears. The exoskeleton supports the shoulder, waist, and thigh, and assists movement for lifting and holding heavy items while lowering back stress. 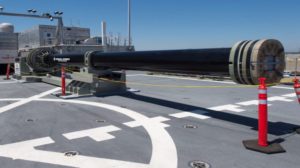 The Electromagnetic Railgun is a long-range weapon that fires projectiles using electricity instead of chemical propellants. Magnetic fields created by high electrical currents accelerate a sliding metal conductor, or armature, between two rails to launch projectiles at 4,500 mph. But since they take so much electricity for each shot, they haven’t really been feasible as an actual weapon. Although U.S Navy hasn’t even been able to test it with real projectiles yet since they would probably end up leveling a town miles away, so instead they’ve been firing the most un-aerodynamic objects they can find. And it still looks awesome. 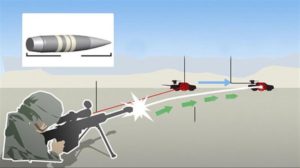 US researchers are developing a bullet that guides itself to a laser-illuminated target. Packed with tiny sensors, a .50-caliber bullet under development can change course rapidly in midair, potentially giving even a mediocre shooter sniperlike accuracy, with the ability to hit moving targets with ease. 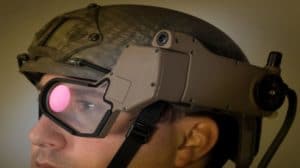 U.S. Army soldiers are wrapping up the second field evaluation of the service’s experimental, high-tech glasses that allow them to aim their weapon using a see-through digital display. These glasses will also be able to display a live feed from the aerial drones. 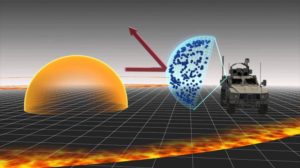 The multinational corporation “Boeing” has been granted a patent for a real-life force field-like defense system that is reminiscent of the Trekkie tech most famous for keeping Enterprise safe from phaser blasts and photon torpedoes. 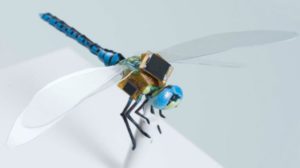 DARPA has been working on a project to implant electronic controls into beetle larvae. As they mature, the electronic parts basically become a part of their growing body, and it can be controlled wirelessly by stimulating its wing muscles. Surprisingly there have been cyborg insects for years now. But the problem isn’t the technology, it’s finding a way to power it. An insect-like a rhinoceros beetle can fly carrying around 30 percent of its weight, give or take. That’s not a lot at all, and between the battery and the electronics, there isn’t really any room left for anything useful, like a camera or a microphone. 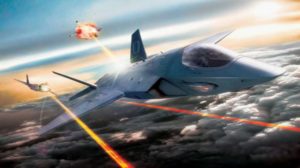 The High Energy Liquid Laser Area Defense System, or HELLADS, is the combination of a dozen different technologies for one purpose: to mount laser weapons on a fighter jet. DARPA has been working on developing a series of smaller solid-state lasers that can be combined to create a single, more powerful beam—a goal which they’ve already reached. 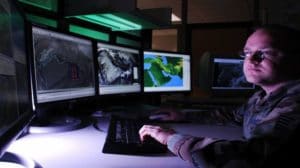 what if we could predict when wars were going to happen even before a single shot was fired? There is already a system that is being used by the U.S. Government to forecast wars as we speak. It was developed by Lockheed Martin and is called the Worldwide Integrated Crisis Early Warning System. Since 2001, the Worldwide Integrated Crisis Early Warning System (W-ICEWS) has been monitoring and collecting over 30 million pieces of data from news reports around the world. the system finds patterns in the world news, and decides if those patterns are indicative of war. Let’s just hope nobody gets the great idea to connect iTRACE directly to our nuclear weapons. You know, in case they want to save a few extra minutes. 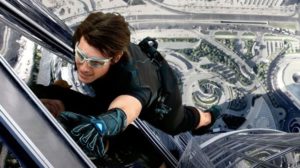 When a gecko climbs a wall, it uses tiny hairs that exert a van der Waals force on the wall’s surface — their feet are actually attracted to the wall at the molecular level. Based on years of studying geckos, a team of researchers at the University of Massachusetts developed Geckskin, a fabric that uses the same van der Waals force to stick to any surface. Geckskin is strong enough to hold 700 pounds(310Kgs.) on a strip about the size of an index card. 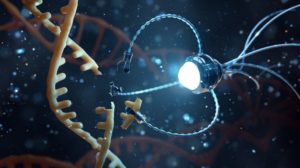 Historically speaking, most wartime casualties have always been caused by disease, not the enemy. So DARPA began working on a solution—nanobots that live inside soldiers and can diagnose diseases. And once a disease has been detected, the nanobots will be able to actually treat it, curing the soldier before he or she even gets a sniffle. So which tech you think is the coolest. Tell us in the comment section below.