Top 10 Most Dangerous Airports in The World

Airports play the most important role in our travel life. Air travel is considered to be the fastest and safest way to travel around the world. Many countries around the world have built world-class airports, some of which are as large as a city. With miles long of runways, it is not that difficult for pilots to land their planes into these airports. But not everyone is that much lucky to have miles of space to build an airport. Shorter runways mean higher the chance of plane crashes. Today we have made a list 10 such airports which are considered as the most dangerous airports in the world. 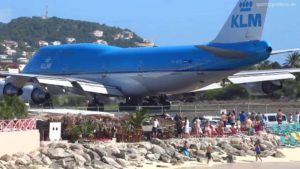 Princess Juliana International Airport is the main airport on the Caribbean island of Saint Martin/Sint Maarten. Many of you may have seen this airport in many videos. This airport is most notable for the public beach situated just before the runway. Many people stand up there to watch the landings and take offs of these planes. The runway is only 2,179 meters long, which is very short considering the large aircraft that land here requires more than 2,500 meters to ensure a safe landing. Princess Juliana was initially built for smaller planes, but the booming tourist industry has brought A340s and 747s into the regular traffic rotation. 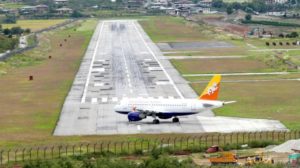 Paro International Airport is the sole international airport of the four airports in Bhutan. Paro Airport in Bhutan is 1.5 miles above sea level and surrounded by sharp peaks of up to 18,000ft tall. So treacherous is the landing that only eight pilots in the world are qualified to land there. 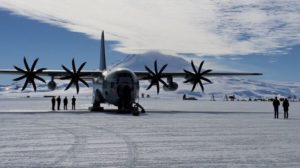 The McMurdo Station is a United States Antarctic research station on the south tip of Ross Island. The people who travel to Antarctica fall into two main groups, those who live and work on scientific research stations or bases, and tourists. The airport infrastructure in Antarctica is not up to date. The problem with the runway is not its length but it is made of slick ice which can cause planes to run askew if the landing isn’t perfect. Due to the lack of lights, pilots are trained to land using night vision goggles. 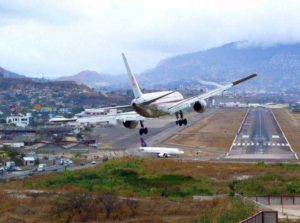 Toncontín International Airport or Teniente Coronel Hernán Acosta Mejía Airport is a civil and military airport located 6 km from the centre of Tegucigalpa, Honduras. For planes to prepare for the descent, they must make a quick 45-degree bank turn to reach the runway in a valley. After this bank, planes must rapidly drop in altitude, being careful not to scrape the terrain directly underneath. And only a handful of qualified pilots are allowed to land in there. 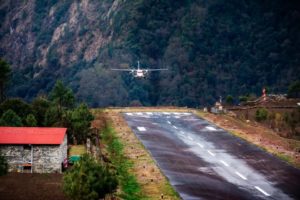 Tenzing–Hillary Airport, also known as Lukla Airport, is a small airport in the town of Lukla. A program titled Most Extreme Airports, broadcast on The History Channel in 2010 rated the airport as the most dangerous airport in the world for over 20 years. The Lukla Airport has a very shorter runway which makes it extremely difficult to land in there. Short runways are a danger because a pilot has limited space both to get the plane off the ground and to land it safely.

Cristiano Ronaldo Madeira International Airport, commonly known as Madeira Airport or Funchal Airport, is an international airport in Madeira. With an unusually short runway, rocky hills on either side and a sheer drop into the ocean the airport is recognised by pilots as one of the most difficult to land in Europe. 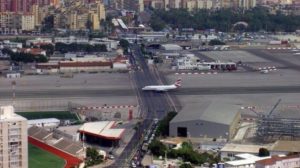 Gibraltar International Airport is the one of a kind airport in this list. Its runway is not very hard to land, but the design of its runway is what makes it difficult to land. The main street in the area, Winston Churchill Avenue, intersects the runway and has to be closed when a plane needs to land. There is a stoplight on the road telling cars to stop, but there have been several close calls in the airport’s history. 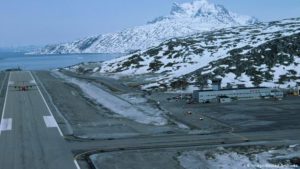 Narsarsuaq Airport is located in Narsarsuaq, Greenland. The airport is not much of a problem in the summer season. But in winters and most time of the year, it is always covered with the snow. Which makes it extremely difficult to land. The weather is constantly stormy creating intense turbulence and low visibility on approach making it one of the worst airports in the world for both flight staff as well as passengers. 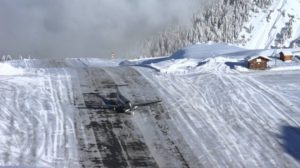 French Alps. The airfield has a very short runway of only 537 metres with a gradient of 18.6%. the runway is built right into the Alps where pilots have to fly through a narrow valley. If aircraft do not gain enough speed by the end of the runway, they simply fly off the edge of the cliff. 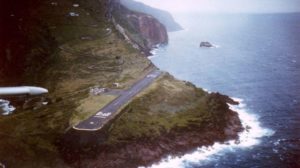 Juancho E. Yrausquin Airport is an airport on the Dutch Caribbean island of Saba. With a runway of only 400 metres in total length, this makes it the world’s shortest commercial airport runway. Although the landing strip looks nothing short of incredible, it is considered the most dangerous airport for landing. This runway makes landing a challenge for even the most skilled pilots around. Depending on wind conditions it is possible to land on both ends of the runway and it only allows regional propeller aircraft flights provided by Winair from nearby islands.