10 Medicinal Plants and Their Uses

The medical industry has seen a lot of diseases and always found a way to fight them back. While many modern-day medicines have a lot of side effects on the human body that no government or pharma company talks about. Made with chemicals these medicines are making human bodies hollow from inside. Long forgotten Ayurveda is still in practice in most parts of India. And helping people with its knowledge of herbs and organic medicines. We have made a list of 10 medicinal plants and their uses. 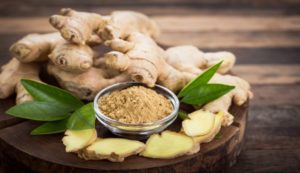 The ginger spice comes from the roots of the plant. Ginger is native to warmer parts of Asia, such as China, Japan, and India, but now is grown in parts of South American and Africa. Ginger has been used for thousands of years for the treatment of numerous ailments. is commonly used for various types of “stomach problems,” including motion sickness, morning sickness, colic, upset stomach, gas, diarrhea, irritable bowel syndrome (IBS), nausea, nausea caused by cancer treatment, nausea caused by HIV/AIDS treatment, nausea and vomiting after surgery, as well as loss of appetite. Some people pour fresh juice on their skin to treat burns. The oil made from ginger is sometimes applied to the skin to relieve pain. Ginger extract is also applied to the skin to prevent insect bites. 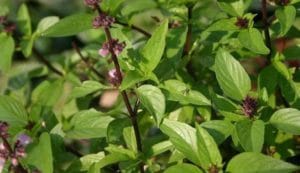 Tulsi is an annual delicate herb cultivated extensively in the tropical climate of the country. It is also planted in the kitchen garden and as an indoor plant since it is kept sacred in Hindu philosophy. Medicinally the leaves are used for various kinds of classical and homemade preparations. Its use is recommended as first aid in the treatment of respiratory, digestive and skin diseases. Experimental studies identify it to be a highly promising immunomodulator, cytoprotective and anticancer agent. It also promotes a healthy heart, works as an anti-aging, and can also treat 10 different types of ailments. 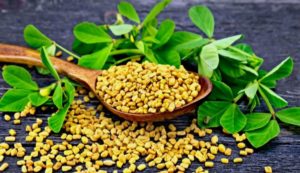 Fenugreek is an herb similar to clover that is native to the Mediterranean region, southern Europe, and western Asia. Its seeds are used in cooking, to make medicine, or to hide the taste of other medicine. The seeds smell and taste somewhat like maple syrup. Fenugreek leaves are eaten in India as a vegetable. It also has numerous medicinal uses such as digestive problems such as loss of appetite, upset stomach, constipation, inflammation of the stomach (gastritis). Fenugreek is also used for diabetes, painful menstruation, menopause, polycystic ovary syndrome, arthritis, poor thyroid function, and obesity. It is also used for conditions that affect heart health such as “hardening of the arteries” (atherosclerosis) and for high blood levels of certain fats including cholesterol and triglycerides. 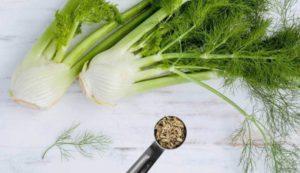 Fennel is a perennial, pleasant-smelling herb with yellow flowers. Dried fennel seeds are often used in cooking as an anise-flavored spice. Fennel’s dried ripe seeds and oil are used to make medicine. Fennel is used for various digestive problems including heartburn, intestinal gas, bloating, loss of appetite, and colic in infants among others. It is also used on the skin for excessive body hair growth in women, vaginal symptoms after menopause, and to prevent sunburn. But there is limited scientific evidence to support most of these uses. 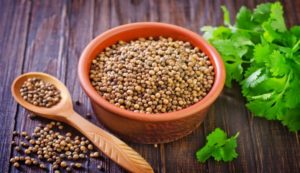 An annual herb cultivated widely in many parts of the world as a spice crop. Leaves and fruits of the plant have medicinal properties too. Consuming coriander has been shown to positively reduce blood pressure in many patients suffering from hypertension. It helps reduce the chances of having a heart attack. Coriander uses also include reducing bad cholesterol from the body without affecting the good cholesterol minimizing the risk of heart-related disorders. Also, Coriander seeds have compounds such as linoleic acid and cineole which are well known for their antiarthritic and antirheumatic properties.

We have already made a list of 10 medical benefits of marijuana. This plant has hundreds of medicinal capabilities but is banned in most of the countries. Being considered as one of the five holy plants in Hindu Vedas and was widely used for many ayurvedic purposes, it is still illegal in India. The health benefits of medical marijuana include relief from pain and muscle spasm, nausea associated with chemotherapy, and anorexia. Benefits are seen in immune function, neuroplasticity, emotional and mood regulation, vascular health and digestive function and benefit in many mood and anxiety disorders. The side effects of medical marijuana are minimal when used at low doses and include dry mouth and fatigue. At higher doses, side effects include dizziness, paranoia, and psychoactive effects.

Neem is considered a boon for mankind by nature. The use of Neem has been recommended by Ayurveda for a wide range of diseases. Such usage is attributed to its purification effect on the blood. Scientific research on Neem demonstrates it to be a Panacea. It is suggested to be an antibacterial, anthelmintic, antiviral, anticancer and more importantly Immunomodulatory agent. Neem has an anti-inflammatory property which helps reduces acne. It has scientifically proven antifungal property which helps treat fungal infections. It has been proved useful in detoxification both internally and externally. Consumption of neem leaves or powder stimulates kidneys and liver increasing the metabolism and eliminating the toxins out of the body. Externally, neem scrubs or paste can be used to remove germs, bacteria, dirt, etc from your skin preventing rashes and skin diseases. You can also burn a few neem leaves to ward off the insects and mosquitoes. 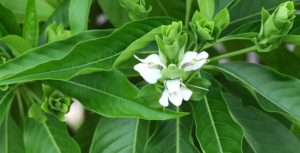 Justicia adhatoda, commonly known in English as Malabar nut, adulsa, adhatoda, vasa is a medicinal plant native to Asia, widely used in Siddha Medicine, Ayurvedic, homeopathy and Unani systems of medicine. Ayurveda uses Vasa extensively in the treatment of cough and other respiratory ailments. Liquid extract of the plant is used in many pharmaceutical formulations as an expectorant. Experimental investigations suggest that Adusadilates finer bronchioles and ensures a smooth expectoration. It was also observed to act as an antihistamine agent. 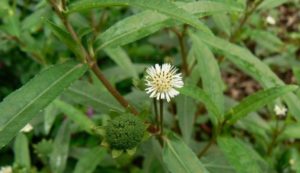 Bhringraj is commonly known as false daisy, is a species of plant in the sunflower family. It is widespread across much of the world. This plant has cylindrical, grayish roots. Bhringraj serves for several health benefits, such as; best for hair problems, controls blood pressures, treats skin problems, relieves migraine pains, treats jaundice, cures eye disorders, treats ulcer, helpful in cholera, aids for scorpion bites. 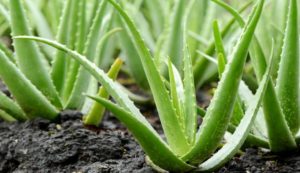 Aloe vera is a succulent plant species of the genus Aloe. An evergreen perennial, it originates from the Arabian Peninsula but grows wild in tropical climates around the world and is cultivated for agricultural and medicinal uses. Its use is prescribed in Ayurveda as a skin conditioner and in the treatment of non-healing ulcers, burn injuries and in treating liver diseases like jaundice. Experimental studies on Aloe suggest its positive cosmetic value and wound healing properties. Also, it was observed that the internal use of Aloes evokes a positive immune response in experimental animals. The use of Aloe vera is presented with multifaceted benefits for the skin. By these properties, it is used frequently in the skincare preparations across the globe.