10 Greatest Warriors of All Time

Human history is packed with battles, fought in between some of the greatest emperors and leaders around the world. Where their motives behind the battles were all different but they all wanted it to end with a battle. Brave warriors changed the fates of those battles, those wars, and the world still remembers them today. We study their lives, war tactics, strategies, and exploits in our textbooks. Here we take a look at the top 10 greatest warriors of all time. 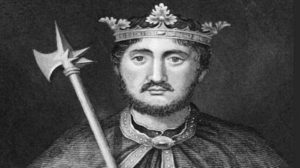 Richard, I was King of England from 1189 until his death. He also ruled as Duke of Normandy, Aquitaine, and Gascony, Lord of Cyprus, Count of Poitiers, Anjou, Maine, and Nantes, and was the overlord of Brittany at various times during the same period. He was given the nickname Coeur de Leon or Lionheart for his exceptional courage and war strategies. He began leading his army when he was just 16. The Lionheart became the main Christian leader against Saladin. but when he realized he had no way of securing Jerusalem even if he had managed to capture it, he signed a peace treaty with Saladin and returned to Europe. 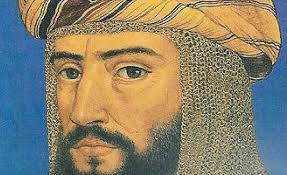 Saladin was the first sultan of Egypt and Syria and the founder of the Ayyubid dynasty. In the Western world, Saladin is often portrayed as the villain of the Third Crusade, but the Kurdish Sultan is honored in the Middle-East as the hero who defeated the European crusaders and recovered Jerusalem into Muslim hands. Even after taking over the government, Saladin personally led all the major military campaigns. Before his death in 1193, the generous Sultan had given away most of his wealth to the poor. 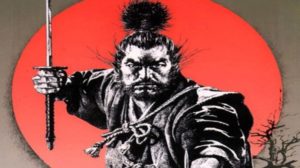 Miyamoto Musashi, also known as Shinmen Takezō or, by his Buddhist name, Niten Dōraku, was a Japanese swordsman, philosopher, strategist, writer, and rōnin. Musashi was raised and trained by his uncle after his father’s death. By the time he was 13, he was touring across Japan challenging some of the greatest swordsmen of the era to a duel. Miyamoto’s father himself was a trained swordsman and a martial artist. Miyamoto won more than 60 duels throughout his life, and never underwent a defeat. He is said to have died with his cane in one hand and his sword in the other. He created the notary method where you fight with two swords. 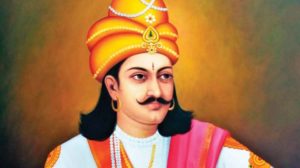 Ashoka the Great, was an Indian emperor of the Maurya Dynasty, who ruled almost all of the Indian subcontinent from c. 268 to 232 BCE. He fought many battles throughout his entire life. But the most famous battle which changed his life – The battle of Kalinga. The conquest of Kalinga marked a turning point in Ashoka’s life and reign. His armies killed about 100,000 people in battle and took 150,000 prisoners. Ashoka saw this and his heart melted. He understood that war only brings the destruction of families. So he gave up war and propagated dhamma and Buddhism. 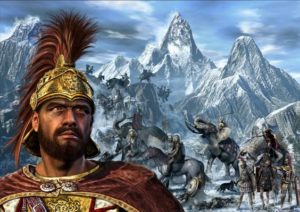 Hannibal Barca was a Carthaginian general and statesman who is widely considered one of the greatest military commanders in history. After the death of his brother-in-law Hasdrubal, he took command of the Gaulo-Carthaginian army and set his sights on Rome. He set out in the spring of 218 BC and fought his way through the Pyrenees and the Alps with a force of 46,000 soldiers and 37 war elephants. When he was in Roman territory, he ravaged hundreds of towns leaving destruction in his wake. Scipio eventually defeated him in his homeland at the Battle of Zama, after which he signed a peace treaty in 201 BC. 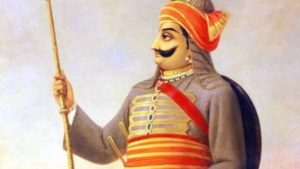 Maharana Pratap was the 13th king of Mewar, a region in north-western India in the present-day state of Rajasthan. He fought multiple battles against one of the most powerful emperors of India-Akbar. In 1576, he fought the popular battle of Haldighati with Mughal Emperor Akbar. It was highly outnumbered but Maharana fought with great courage and won the battle. In 1585, Akbar moved to Lahore and remained there for the next twelve years watching the situation in the north-west. 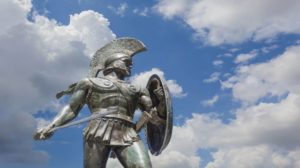 Leonidas was the Spartan king who famously led a small band of Greek allies at the Battle of Thermopylae in 480 BCE where the Greeks valiantly defended the pass through which the Persian king Xerxes sought to invade Greece with his massive army. When King Darius died, his son Xerxes continued to lead the Persian army. Leonidas tried to stop Xerxes’ army at the Pass of Thermopylae with 7,000 soldiers including the 300 Spartans that made up his personal guard. When some of Leonidas’s soldiers betrayed him, he sent away most of his soldiers and kept only the 300 Spartans. 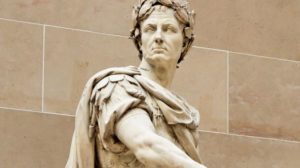 Gaius Julius Caesar, also known by cognomen Julius Caesar, was a populist Roman dictator, politician, and military general. He came to power as a quaestor and praetor and went on to become consul and proconsul. The Senate grew so uncomfortable with his power and influence that they asked Caesar to disband his forces. But he didn’t give up and eventually became the dictator of Rome in 44 BC. 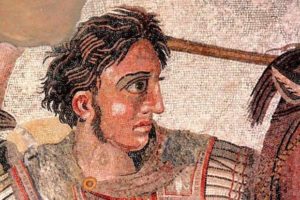 Alexander the Great, was a king of the ancient Greek kingdom of Macedon and a member of the Argead dynasty. His empire spread from Greece to India, conquering Persia, Syria, the Balkans, Egypt, and many other regions. He then returned to the west and began making preparations to invade Arabia but before he could achieve this conquest, he fell ill and died on June 323 BC. 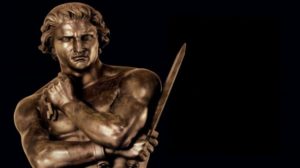 Born in 109 BC in Thrace, Spartacus is the gladiator who revolted against the Roman Empire. When Rome was at war with Germany, he decided to leave the army instead of fighting the Germans. The Empire wasn’t happy with his decision, so they captured him and sold into slavery. Due to his strength, well-built body and the ability to fight, he was sold as a gladiator. In 73 BC he and seventy followers escaped from a gladiator school near Capua and fled to Mount Vesuvius where they were joined by local slaves. His army continued to grow until it was 90, 000 men strong and they began wreaking havoc in southern Italy, defeating two Roman armies and plundering any city they came across. Spartacus was killed in a battle at Lucania in 71 BC and his men were crucified. He has been remembered as a legendary commander not only for his successes in battle but for his own courage strength and compassion.