The ongoing Human violation protests in China and Russia are two of the hot topics, Where Leaders have pushed hate, fought against rights, ignored crimes against humanity and blithely let inequality and suffering spin out of control. There are many countries in the world which keeps its people far away from any basic rights such as voting or freedom of speech. We analyzed the reports of more than three organizations and compiled them into a list of 10 nations 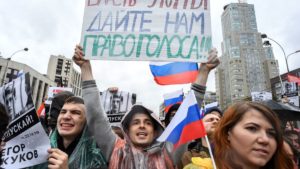 Power in Russia’s authoritarian political system is concentrated in the hands of President Vladimir Putin. With loyalist security forces, a subservient judiciary, a controlled media environment, and a legislature consisting of a ruling party and pliable opposition factions, the Kremlin is able to manipulate elections and suppress genuine dissent. Rampant corruption facilitates shifting links among bureaucrats and organized crime groups. 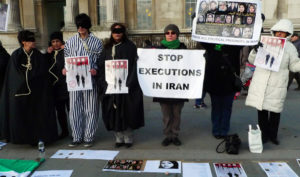 The Islamic Republic of Iran holds elections regularly, but they fall short of democratic standards due in part to the influence of the hard-line Guardian Council, an unelected body that disqualifies all candidates it deems insufficiently loyal to the clerical establishment. Ultimate power rests in the hands of the country’s supreme leader, Ayatollah Ali Khamenei, and the unelected institutions under his control. These institutions, including the security forces and the judiciary, play a major role in the suppression of dissent and other restrictions on civil liberties.

China’s authoritarian regime has become increasingly repressive in recent years. The ruling Chinese Communist Party (CCP) is tightening its control over the state bureaucracy, the media, online speech, religious groups, universities, businesses, and civil society associations, and it has undermined its own already modest rule-of-law reforms. The CCP leader and state president, Xi Jinping, has consolidated personal power to a degree not seen in China for decades, but his actions have also triggered rising discontent among elites within and outside the party. The country’s budding human rights movements continue to seek avenues for protecting basic rights despite a multiyear crackdown. China also has been accused of keeping Muslims in the detention centers. 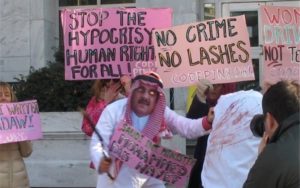 Saudi Arabia’s absolute monarchy restricts almost all political rights and civil liberties. No officials at the national level are elected. The regime relies on extensive surveillance, the criminalization of dissent, appeals to sectarianism and ethnicity, and public spending supported by oil revenues to maintain power. Women and religious minorities face extensive discrimination in law and in practice. Working conditions for the large expatriate labor force are often exploitative. 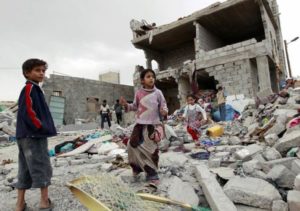 Yemen has been devastated by a civil war that began in 2015, when foreign powers led by Saudi Arabia intervened to support the government of President Abd Rabbu Mansur Hadi against the Houthi rebel movement—rooted in the Zaidi Shiite community, which forms a large minority in Yemen—and allied forces linked to former president Ali Abdullah Saleh. The civilian population has suffered from direct violence by both sides, as well as from hunger and disease caused by the interruption of trade and aid. Elections are long overdue, normal political activity has halted, and key state institutions have ceased to function.

Sudan’s political system is dominated by an authoritarian president, Omar al-Bashir, and his National Congress Party (NCP), which rely on repression and inducements to maintain power. The regime violently represses regional, religious, and ethnic groups that do not share its narrow nationalist vision. Civil society encounters severe restrictions, religious rights are not respected, and the media is closely monitored. 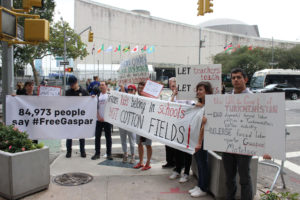 Turkmenistan is a repressive authoritarian state where political rights and civil liberties are almost completely denied in practice. Elections are tightly controlled, ensuring nearly unanimous victories for the president and his supporters. The economy is dominated by the state, corruption is systemic, religious groups are persecuted, and political dissent is not tolerated.

Tibet is ruled by the Chinese Communist Party (CCP) government based in Beijing, with local decision-making power concentrated in the hands of Chinese party officials. Residents of both Chinese and Tibetan ethnicity are denied fundamental rights, but the authorities are especially rigorous in suppressing any signs of dissent among Tibetans, including manifestations of uniquely Tibetan religious belief and cultural identity. State policies encourage migration from other parts of China, reducing the ethnic Tibetan share of the population. 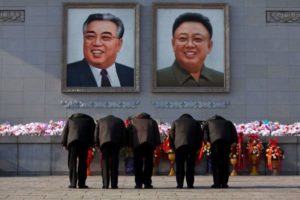 North Korea is a one-party state led by a dynastic totalitarian dictatorship. Surveillance is pervasive, arbitrary arrests and detention are common, and punishments for political offenses are severe. The state maintains a system of camps for political prisoners where torture, forced labor, starvation, and other atrocities take place. While some social and economic changes have been observed in recent years, including growth in small-scale private business activity, human rights violations are still widespread, grave, and systematic. 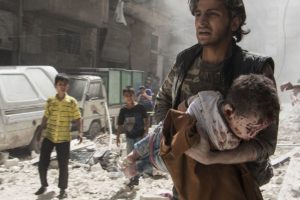 Political rights and civil liberties in Syria are severely compromised by one of the world’s most repressive regimes and by other belligerent forces in an ongoing civil war. The regime prohibits genuine political opposition and harshly suppresses freedoms of speech and assembly. Corruption, enforced disappearances, military trials, and torture are rampant in government-controlled areas. Residents of contested regions or territory held by nonstate actors are subject to additional abuses, including intense and indiscriminate combat, sieges and interruptions of humanitarian aid, and mass displacement.